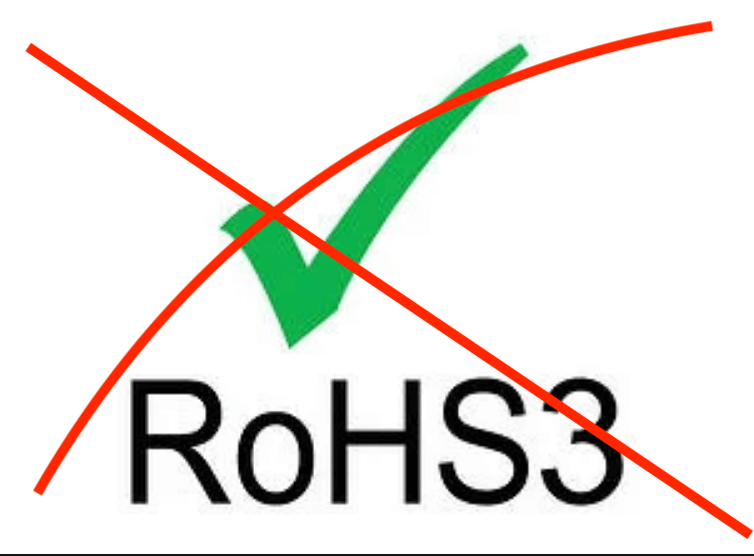 RoHS 3 Officially Does Not Exist

Note: RoHS 3 is a colloquial term referring to Delegated Directive (EU) 2015/863, which is actually an amendment to RoHS 2 (Directive 2011/65/EU) rather than a standalone Directive. Though this terminology has become somewhat common (common enough to keep using the term here), it’s technically inaccurate.

RoHS 3 – The Trilogy is Complete

The Restriction of Hazardous Substances (RoHS), has had a substantial and permanent effect on the materials that go into many of the electronic products we make.

RoHS 2 (formally known as directive 2011/65/EU), which is the current version, restricts the amount of six substances (the first six on the list below) to trace amounts in Electric and Electronic Equipment (EEE). It replaced the original RoHS 1 legislature (2002/95/EC), which was released in 2002, by updating the scope and applicable types of products.

Last year, RoHS 3 was announced, which expands the list of prohibited substances from six to ten by adding four new types of phthalates. This directive has already been adopted by the EU legislature, and member states have until December 2016 to inform suppliers how they are required to meet the standards of RoHS 3. Suppliers then have until the 22nd of July 2019 to meet these provisions. The new list is as follows:

The 4 new members of the party are all phthalates that are used as plasticizers, and are thankfully already banned or restricted in many parts of the world. DEHP accounts for a more than half of the plasticizer industry, for example making up 60% in the Asia Pacific market. It is also heavily prevalent in PVC, which for this reason and others is quickly becoming an unwise choice of plastics in the design of EEE. BBP is widely used in vinyl floor tiles, but can also be found in caulking and adhesives. DBP can also be used in adhesives and in inks. DIBP is used in making PMMA (commonly known as acrylic or plexiglass) plastic.